The toy industry will grow 126% in 2019, with Guangdong and Zhejiang being the most playable

China is the largest producer of toys in the world. Under the influence of Children's Day, the development of the domestic toy industry has attracted more attention and attention from enterprises. Dat

China is the largest producer of toys in the world. Under the influence of Children's Day, the development of the domestic toy industry has attracted more attention and attention from enterprises. Data from Qichacha shows that in 2019, the number of toy-related enterprises registered in China has witnessed an explosive growth, with a year-on-year increase of 126%. Meanwhile, the number of toy-related enterprises in Guangdong and Zhejiang has ranked first and second, becoming the two provinces with the most "playability". 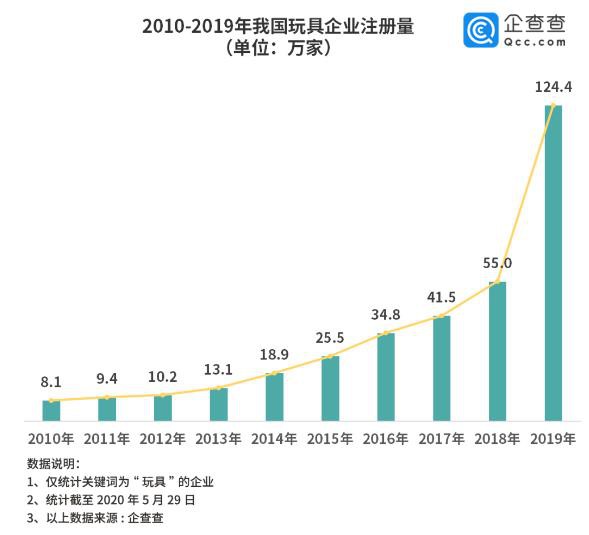 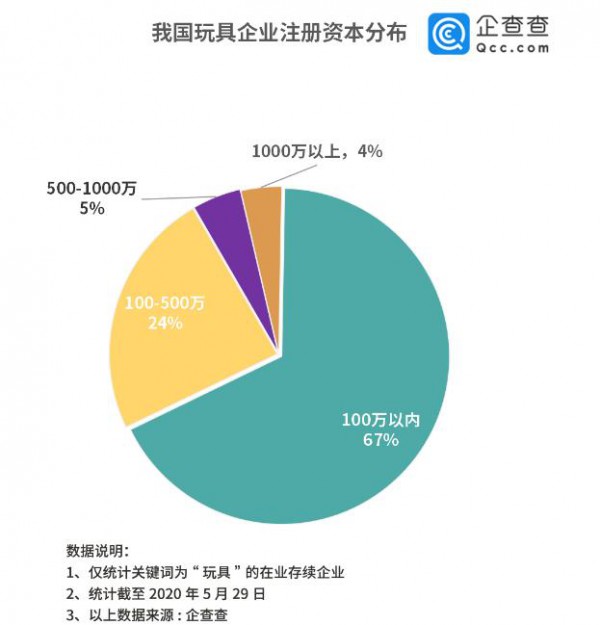 More than 70% of China's toy industry still relies on processing of supplied materials and incoming sample processing, and the ability of independent development and innovation is not strong, and few of them can be exported with their own brands. On the market, the toy enterprises with registered capital of less than 1 million account for 67%, while the enterprises with registered capital of more than 10 million account for only 4%. It still needs a certain process for the toy industry to develop from dependence to independence. 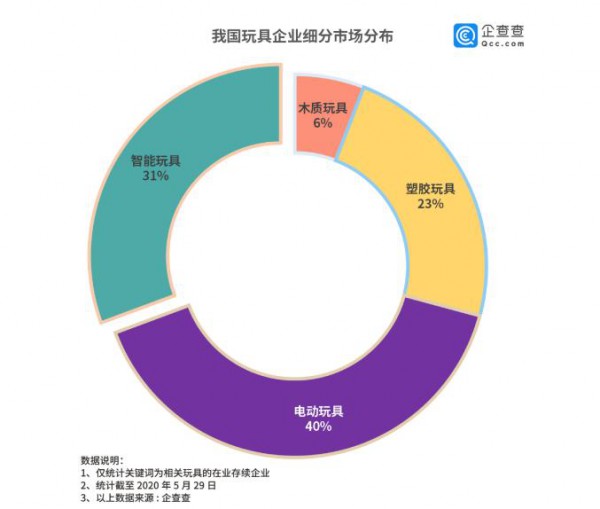 The development of modern toy industry has gone through four stages. After World War II, the appearance of plastic made plastic toys take the place of wooden toys. In the 1970s, the appearance of electric toys has become the development trend of toys. Now, several of the world's largest toy manufacturers have emerged from traditional products, switched to video games, and in order to seize the market, entered the research and development of smart toys. Although toys are getting smarter and smart toys account for 31% of the market, wooden toys and plastic toys still have a place in the market due to the age of users. 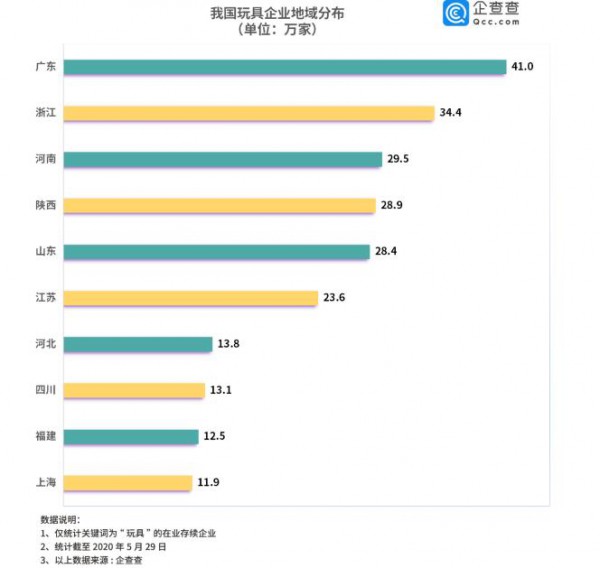 Toy industry is an industry with a high degree of openness in China. Geographically, Guangdong, Zhejiang, Henan, Shaanxi, Shandong and Jiangsu are provinces with a large number of toy-related enterprises, accounting for 55% of the total. These regions are also the most important toy production and export bases in China, accounting for 95% of the annual toy sales in China, among which Guangdong accounts for more than 50% of the annual toy sales in China. Its main production bases are in Shenzhen, Dongguan and Chenghai.

The epidemic has prompted many traditional enterprises to seek transformation, and some of them have turned to the production of "masks, protective suits, temperature detectors" and other businesses. For example, Banbao Educational Toys Co., Ltd. made full use of its technical advantages to launch the project of goggles. The production of plush toys yi Xin Leyuan animation temporary production, production of disposable civilian masks.

Some of them take the initiative to transform into domestic sales and online direct sales, and reach strategic cooperation with Jingxi, a social e-commerce platform under JINGdong. With the help of JINGdong's C2M capability, live streaming capability and traffic flow, they help enterprises to quickly establish new sales channels for export to domestic sales. 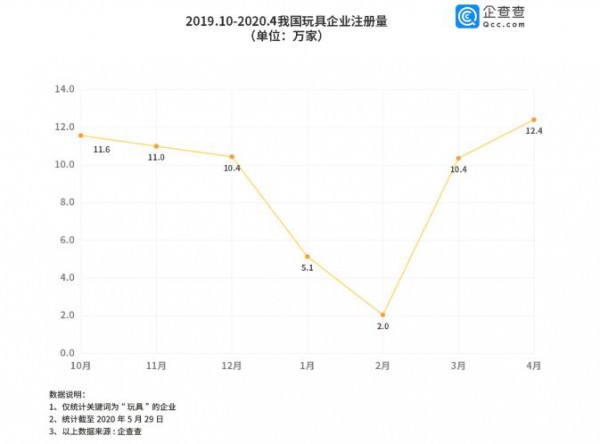 Almost all the opportunities in the world are forced out, the effect of the toy industry is obvious, and the arrival of 61 let the original gradually recovered toy industry to a higher level. Through multiple approaches such as production transformation, sales expansion, and e-commerce holding, the number of toy enterprises registered nationwide in April 2020 was 124,000, up by 19% compared with that in March. The spring of toy industry is coming.

Prev : Import and export of dairy products in 2019

Next : The toy category soared 434.7%, and the single volume recovered nearly 80%! Has the market really come back? 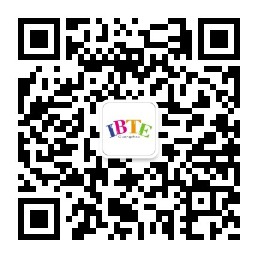